Ehaab Abdou is a PhD student in McGill’s Department of Integrated Studies in Education (DISE). Before starting his PhD at McGill, for the past 15 years, Abdou has been actively involved in Egyptian civil society, in addition to having worked on several Middle East-related development programs with organizations such as Canada’s International Development Research Center, the Brookings Institution and the World Bank Institute. He has also worked on the informal teaching of Egyptian history through the Ana Masry foundation, which he co-founded in 2007. The foundation creates awareness among Egyptians about their largely unknown history and common heritage, through the production of children books, short documentaries, music concerts and offering extracurricular courses to supplement the government’s educational system and curricula. 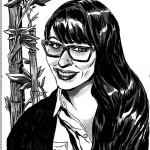 Casey Burkholder is a PhD student in Education Studies whose research surrounds the existing and desired educational and literacy rights for Hong Kong’s non-Chinese speaking (NCS) students. Her research interests originate from her time teaching junior high school to NCS youth in Hong Kong. She also loves to draw. 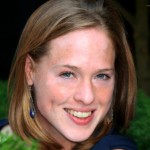 Jenny Doubt is a postdoctoral fellow at CEREV. She received a Ph.D. in English Literature from the Open University, UK and an MA in Colonial and Postcolonial Cultures from University of Sussex. Her dissertation, Performing and Inscribing HIV/AIDS in Post-Apartheid South Africa investigates how cultural texts intervene in debates about HIV/AIDS and help empower the most vulnerable among the HIV-affected in post-apartheid South Africa. She has published in the Journal of Southern African Studies (2013) and consulted on the development of a child abuse intervention programme being developed for HIV-affected families in Eastern Cape, South Africa. At CEREV she has participated in a range of HIV/AIDS-related workshops and panel discussions in both Montreal and New York and is curating an exhibition relating to the immigrant experience of HIV criminalization in Québec.

Fatima Khan is a PhD student in Education Studies who is exploring the reconstruction of schools in disaster struck zones and is interested in the importance of shaping children’s education (particularly girls) in response to the trauma they face. Her research is influenced by the ongoing emergencies (both natural and man-made) that are taking place in northern Pakistan.

Claudia Mitchell is a James McGill Professor in the Faculty of Education, McGill University and director of the Participatory Cultures Lab. She researches extensively in the area of participatory visual approaches to addressing gender and violence in and around schools and communities in sub-Saharan Africa, and is the author of a number of books on visual methods. These include Doing Visual Research, Picturing Research: Drawing as Visual Methodology, and the Handbook on Participatory Video. 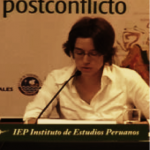 Cynthia E. Milton presently works on historical and artistic representations in the aftermath of conflict, in particular contemporary Peru (www.histoireal.ca). She is the editor of Art from a Fractured Past: Memory and Truth-Telling in Post-Shining Path Peru (Durham: Duke Univ. Press, 2014), a co-editor of Curating Difficult Knowledge: Violent Pasts in Public Places (London: Palgrave MacMillan, 2011) and The Art of Truth-Telling about Authoritarian Rule (Madison: University of Wisconsin Press, 2005). Major honours include the Bolton-Johnson Prize for The Many Meanings of Poverty: Colonialism, Social Compacts, and Assistance in Eighteenth-Century Ecuador (Stanford: Stanford University Press, 2007) and the Alexander Von Humboldt Experienced Researcher Fellowship. She holds a Canada Research Chair in Latin American History at the Université de Montréal.

Monica Eileen Patterson, convenor of this Children’s Art symposium, is a Banting Postdoctoral Fellow based at the Centre for Ethnographic Research and Exhibition in the Aftermath of Violence (CEREV) in the Department of History at Concordia. In the fall of 2014, she will join the faculty of the Institute of Interdisciplinary Studies at Carleton University as Assistant Professor in Child Studies. Patterson received her doctorate in Anthropology and History and a certificate in Museum Studies from the University of Michigan. She is currently pursuing two projects based on her field and archival research in southern Africa: a monograph examining contested constructions of childhood in late apartheid South Africa; and an experimental exhibit that allows former and current South African children to reflect on their experiences of childhood and explore the meanings of the apartheid past and its present-day legacies. Patterson is coeditor of Curating Difficult Knowledge: Violent Pasts in Public Places and Anthrohistory: Unsettling Knowledge and Questioning Discipline. As a curator, scholar, and activist, she is particularly interested in the intersections of memory, childhood, and violence in postcolonial Africa, and the ways in which they are represented and engaged in contemporary public spheres. 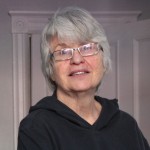 Ann Smith is an independent scholar, the managing editor of Girlhood Studies, and an adjunct professor in the Faculty of Education at McGill University. Her interest in participatory methodologies including photovoice, drawings, and material culture grew out of her work with Claudia Mitchell and has resulted in a number of co-authored and co-edited works. These include Was it Something I Wore? Dress, Identity, Materiality (Moletsane, Mitchell and Smith, 2012), Picturing Research: Drawing as Visual Methodology (Theron, Mitchell, Smith and Stuart, 2011), and Methodologies for Mapping a South African Girlhood in the Age of Aids (Moletsane, Mitchell, Smith and Chisholm, 2008). After having taught English literature at the University of the Witwatersrand in Johannesburg for 23 years, she changed direction and took on the teaching of communication skills and marketing at the University of the Witwatersrand’s Business School. Here, she was involved in the creation of a new course on diversity management. This mirrored her earlier focus in the Department of English on literary theory – from the new critical to the queer, feminism, and women’s studies, and gave her the opportunity to turn this theory into practical strategies to offer to the students who attended her courses on management skills at the Business School. 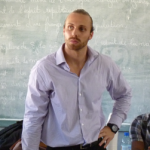 Ryan Trudeau is a graduate student from McGill University’s Faculty of Education who is currently completing his research thesis in fulfillment of the degree of Master of Arts. With a specialization in developmental contexts, his broader focus is on education and society and international development. Trudeau’s research thesis included conducting fieldwork and collecting data in Haiti, where he worked with adolescent youth aged 15-18 years of age in the urban area of Port-au-Prince, the capital city of Haiti that was hardest hit by the January 2010 earthquake. Trudeau comes from an undergraduate background of physical and health education, and has an athletic and sport background, playing football for McGill University from 2008-2012, where he was team captain, named most valuable player and academic all-Canadian, and received the principal’s honour roll. Over the years his sport background served as a platform, and provided him with countless opportunities to work with youth; inevitably where his passion for youth development began. 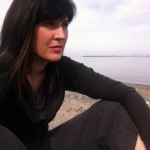 Andrea Walsh (Canadian: Irish, British, Scottish, Nlaka’pamux and Sxhow’ow’hamel ancestry) is a visual anthropologist at the University of Victoria of who specializes in 20th century and contemporary First Nations art and curatorial studies. Walsh’s Bachelor of Fine Arts (Honours) training as a photographer and printmaker at the University of Victoria grounds her specialization in community based research on art and curating of collections. She is the principle investigator on a SSHRC funded body of research about residential school art collections across Canada. In 2012 she was inducted as an Honour Witness to the Truth and Reconciliation Commission and Canada. Major funding for her arts based research has been gratefully received from the Truth and Reconciliation Commission of Canada and the Social Sciences and Humanities Research Council of Canada (2003-2006; 2012-2014) and the Canadian Heritage Information Network. She was raised in Lekwungen lands and currently resides in WSÁNEĆ territory with her partner and two daughters.